Southeastern Professor Emeritus / Writer-in-Residence Tim Gautreaux’s latest offering, Signals: New and Selected Stories, collects twelve new short stories alongside nine others from his previous two collections, Same Place, Same Things and Welding with Children, resulting in a nice sample of the author’s rich and unique oeuvre of Southern storytelling. It is a great starting place for newly introduced readers and a fine summation for old fans of Gautreaux’s work. 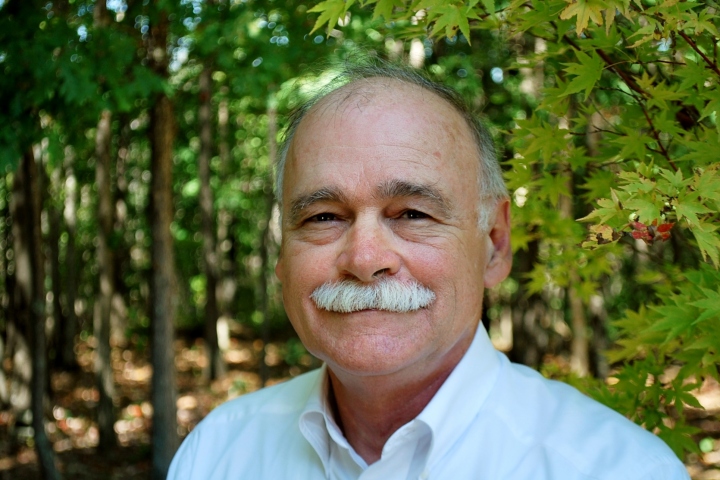 Like most of his fiction, the bulk of these stories deals with failed relationships, the trials of old age, matters of faith and morality, and the blue-collar Cajun culture of Southwestern Louisiana. They are stories that are peopled with lonely and sometimes bitter men and women who live to fix things, but who also work to take them apart. Gautreaux is able to warmly infuse humor and wit so that his stories are never down-and-out depressing, thus comfortably eschewing the modern inclination toward nihilism and gimmicky structure and plot.

It is clear after reading these stories that Gautreaux, like one of his characters, would find “it hard to believe that anything on earth was empty,” thus reinforcing the idea of how important telling stories—sending out “signals”—is to the world and for posterity.  These stories are further able to provide a sort of moral guidepost without ever being overly didactic or preachy.

But much like Mark Twain, Gautreaux is at his best when he uses figurative language to convey not only humor, but a resounding message as well. In “Radio Magic,” for example, when the protagonist Cliff takes up painting in order to try to become “famous,” Gautreaux comments on his character’s failed attempts at painting nudes, saying they “looked like white cattle that had grazed too long on a nuclear test site.”

The deeper message of this story, though, is one that also resonates in a very unified and satisfying way throughout the entire collection, and that is the myriad ways in which we attempt to communicate with one another; and “how the sounds we make never really stop, and [how] all of us are famous but just don’t know it yet.”

The author here is able to weave this theme of communication throughout the majority of his stories. It is the idea of “signals” and the messages one sends out to the world, often never knowing who’s retrieving those messages—or if anyone’s retrieving them at all. In “The Furnace Man’s Lament,” for example, Gautreaux’s narrator poses the question: “Where does someone who’s totally disconnected go to connect?”

In perhaps the most satisfying story of the lot, the answer to that question is an online marketplace where disgruntled customers go to review products they don’t like. This is a surprisingly different tale for Gautreaux called “The Review,” in which an aspiring novelist tracks down the person who gave his first novel a one-star review on Amazon.com. Usually stories that are about writing and writers are hard to pull off without them feeling insular or trite, but Gautreaux brings the reader to near-tears with the surprising revelation in this one.

Gautreaux is also a writer who very clearly “like[s] symbols, [sees] the meanings in objects.” A radio, a mysterious sewing machine, an antique toy collection, a pair of old pilot’s wings, each offering a window into their owners’ souls. Yet as one character laments, “It’s all crap if you don’t know anything about it.”

But Gautreaux does know about these things, and he knows them well. And his job here seems to be to tell the reader about them, about the “importance of objects.” For “it [is] all about connections.” Both literal and figurative. And that’s just what these stories do. They serve as conduits for the reader to connect with Gautreaux’s often down-and-out characters, folks about whom the author writes with compassion, clarity, and warmth.

Signals is a collection that reaches beyond the South, stretching Gautreaux’s “own little postage stamp of native soil” to include stories that span the geography of North America—from Minnesota, New Mexico, New York, Canada, Texas, Indiana, Ohio, and West Virginia—in order for him to communicate the vital necessity for art, for conversation, for preserving one’s history through the things one collects and then leaves behind, the earthly work one undertakes. This collection of stories becomes, for its readers, “the voice of one crying out in the wilderness,” and it serves as a beacon of light and hope, a reminder of the importance of the finely honed and well-crafted tale.

This review, in modified form, was originally published in the New York Journal of Books.