When you think of cute and cuddly critters, leafcutter ants and three-toed amphiuma are probably not the first creatures that come to mind. But members of the Southeastern Department of Biological Sciences have developed a true love for learning more about these little guys, as evidenced by their recently published research. Thanks to their highly-acclaimed, impactful work, we now know more about the extent to which ants cultivate their own food—and have possibly found the key to saving amphibians from extinction.

The leafcutter ant packs a lot of might in its tiny frame. Endemic to South and Central America, Mexico, and parts of the US—including western Louisiana and Texas—leafcutter ants can carry 20 times their own body weight. They can build underground nests that include over 1,000 chambers, with millions of ants living and working together, each with their own role. Leafcutter ants can strip a tree of its foliage in less than 24 hours. They bring this foliage back to their underground nests where they cultivate it in “gardens” to grow fungi, which they eat. 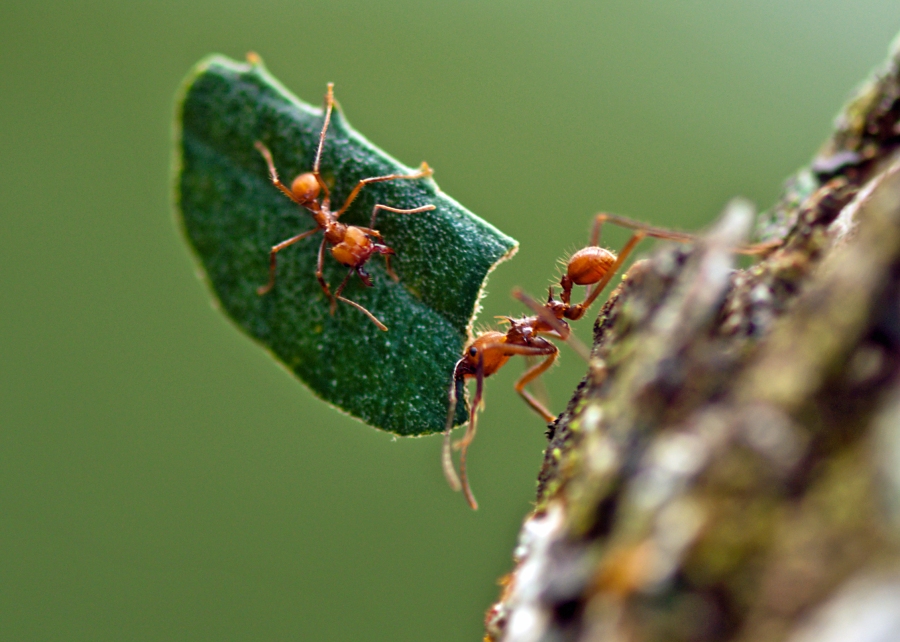 Southeastern Assistant Professor of Biological Sciences April Wright, along with collaborators from Rice University and the University of Texas–Austin, set out to prove another interesting aspect of these ants by providing factual evidence on the range of funguses that they actually cultivate. “For many years, it was thought that one species of ants would cultivate one type of fungus,” Wright said. “This work shows that different species of ants may share funguses, and may farm multiple types of fungus in their nests.”

Wright specializes in computational and mathematical methods for understanding the history of life on Earth. “The work I did sits at the intersection of statistics and biology,” she explained. “My collaborators used specialized technology to get DNA sequences from funguses grown by ants. I used several methods to estimate the phylogenetic relationships between these sequences.”

“To me, the most exciting part of this research was getting to participate in uncovering something that people have long suspected,” Wright continued. “While the dominant narrative has been that one ant will cultivate a narrow range of funguses, people who have carefully observed ants for a long time have known that the story is probably more complicated. It was my pleasure to be able to help represent the complexity that natural historians have observed in hard numbers and statistics.”

While fungus may be vital fuel for leafcutter ants, two types—Batrachochytrium dendrobatidis and Batrachochytrium salamandrivorans, which cause the disease chytridiomycosis—have contributed to diminishing amphibian populations around the world. However, thanks to the research of Kenzie Pereira and her fellow team members, the future may now be brighter for these vulnerable species.

Pereira was a master’s degree student at Southeastern when she began this potentially life-saving study on the three-toed amphiuma alongside Southeastern faculty Brian Crother, David Sever, and Clifford Fontenot Jr; John Pojman Sr. of LSU; and Damian Wilburn of the University of Washington. She is now continuing her research as a PhD candidate at Duquesne University in Pittsburgh, Pennsylvania.

The three-toed amphiuma, an eel-looking salamander, sports four vestigial legs that each have three toes, giving it its name. It is commonly found in Louisiana and several additional states in swamps, ponds, lakes, and other permanent bodies of slow moving water. Importantly, this slimy salamander also secrets antimicrobial substances onto the surface of its skin. 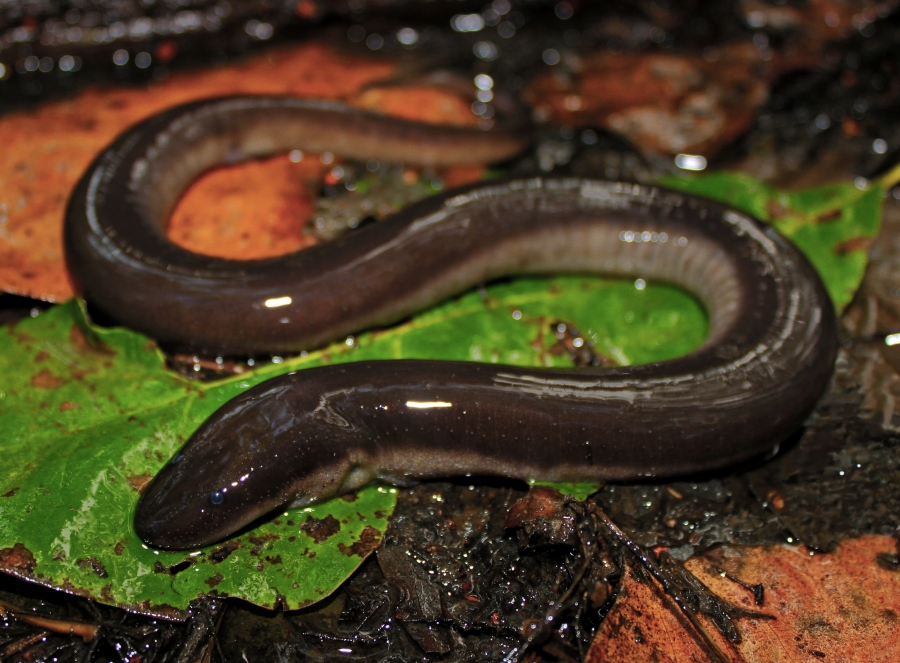 The potential properties of these substances intrigued Pereira, who began to study them with encouragement and guidance from her advisor Crother and thesis committee members Sever, Fontenot, and Pojman.

Pereira gently prodded salamanders to collect their skin secretions. She then sent these to Wilburn—who determined that they were probably antimicrobial—while also testing their effect on the growth of the two types of fungi in question in test tubes. Pereira was amazed to find that at certain doses the salamander’s skin secretions completely killed the potentially lethal fungi.

“Fungi are killing off amphibians at an alarming rate. If these secretions hold secrets to fungus resistance, her work could be responsible for helping save amphibians from extinction,” said Crother.

“Being able to explain why some salamander species are more vulnerable to the pathogen than others allows us to develop conservation strategies to better protect salamander biodiversity,” continued Pereira. “It is also exciting to be reminded that there is so much left to learn about animals that are found in our own backyards!”

Pereira, who plans on training another Southeastern master’s degree student to aid in additional studies on the role of skin secretions in protecting amphibians from disease, reflected on how her time at Southeastern led her to this impactful work. “Southeastern’s Department of Biological Sciences played a pivotal role in making this research possible by giving me the freedom and encouragement to explore my own curiosities and passion for amphibians. Further, without the abundant natural history collection within Southeastern’s Vertebrate Museum, the histological portion of this research may not have been possible.”

Wright has also taken an interest in the problems facing salamanders, recently co-authoring a study on the endangerment of 13 salamander species in Central Texas due
to overexploitation of groundwater. Conservation efforts are currently underway to help save these little critters.

Ants and three-toed amphiuma may not be the largest—or to many, the cutest—of creatures, but they are still an important part of our ecosystem. And thanks to the love for them demonstrated in the monumental research of Wright and Pereira, along with their team members, others may also begin to see them in new ways, getting a glimpse of their unique, amazing characteristics. The work of these members of our Southeastern family is not only important for increasing a scientific understanding of nature, it is additionally important for aiding a human understanding of the world around us and the other creatures that we share our planet with—including creatures that may have otherwise become lost to us forever.